We generally frame paintings and works on paper at Bark Frameworks—drawings, prints and photographs. However, we have the design capability and specialized craftspeople to frame almost anything. During our 45 year history, we’ve framed boxing gloves signed by Muhammad Ali, skateboards, Oreo cookies, an entire leg cast, and a wrought iron elevator door designed by Louis Sullivan. In this case, we were framing a much smaller object, a personal treasure of the owner.

Shown here is a bronze belt buckle that our client wanted to have framed for his brother as a birthday gift. The buckle depicts The Pharaoh’s Horses—the image was copied from a popular mid 19th century print by John Frederick Herring. The buckle commemorates the Rough Riders, a volunteer cavalry led by Theodore Roosevelt in the Spanish-American War. 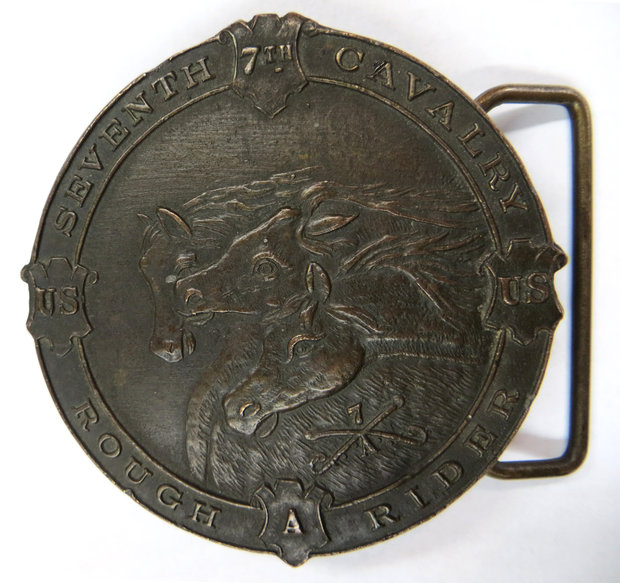 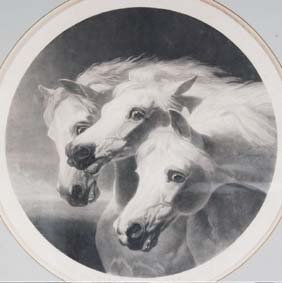 John Frederick Herring, “The Pharoah’s Horses.” Courtesy of antiquehelper.com. A version of The Pharaoh’s Horses print, like this one, had hung, in a 19th-century oak frame, in the bedroom that our client had shared with his brother when they were children. 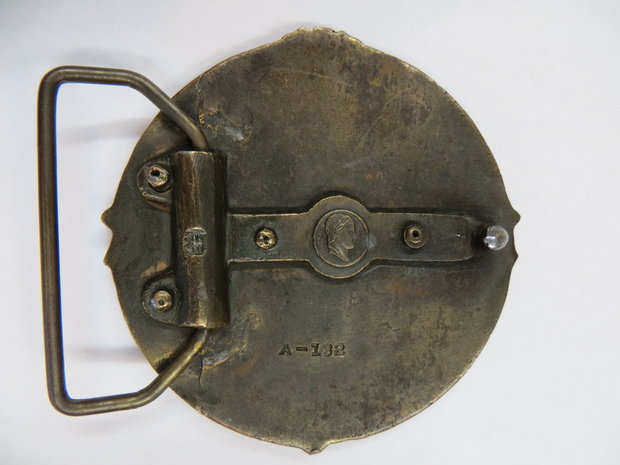 Back of belt buckle. We discovered a mysterious profile of Napoleon cast into the fitting, indicating, perhaps, that the buckle was cast in a French foundry.

Our designer, Paul Jordan, and the client agreed on an unembellished presentation for this object, a framing to emphasize the buckle’s inherent quality as a memorial military artifact rather than an objet d’art. They chose to mount the buckle on a neutral toned heavy linen. The frame Paul designed was a simple profile in brass (also known as architectural bronze), which we would mill in our metal shop. Given the buckle’s thickness, we made a deep mat—after wrapping it with linen, it was more than ¼” thick.

How to secure the belt buckle to its linen-wrapped back mat took some serious thought since there were no obvious points of attachment. 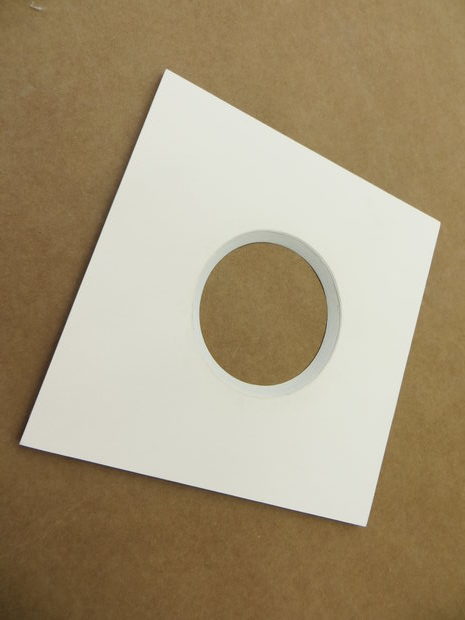 The mat prior to wrapping with linen.

The buckle installed in the mat housing.

To finish the frame, we hand applied a dark patina. In deciding on this frame and finish, we were concerned that it not appear to be an attempt to match the object being framed—too much correspondence between the object and its frame may call excessive attention to the framing, which, of course, should be subordinate. In this case, we felt that the austere profile and finish of the frame discretely complement the rough relief of the bronze buckle’s surface and the linen covered mat contributes a more formal note than would a plain ragboard mat. In creating a small display frame such as this, which is only about 8 inches square, every design decision is crucial and the finest details of execution must be precise. 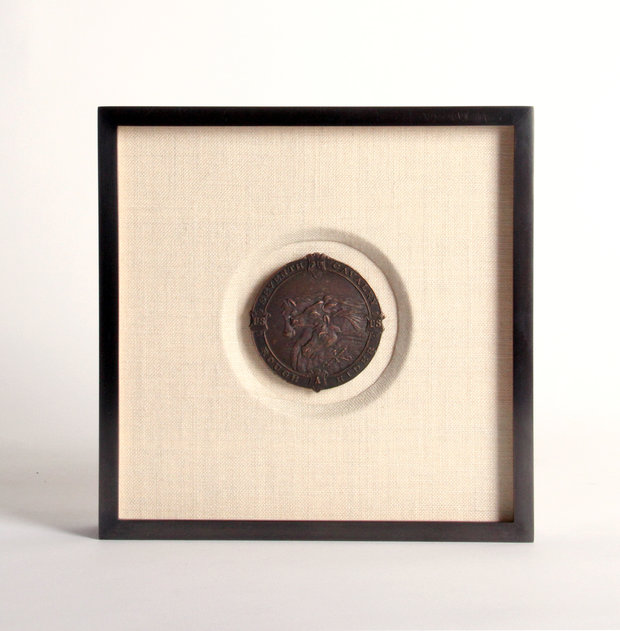 The client noted that the framed buckle would have felt right at home installed on President Roosevelt’s wall.