In Adolf Loos’s 1908 essay “Ornament and Crime,” he wrote that “the evolution of culture is synonymous with the removal of ornament from objects of daily use.” We’ve borrowed Loos’s pungent title even though culture has evolved—to twist and circle, like the guilloche—in ways Loos never imagined. Ornament occupies a secure, if minor, place in contemporary frame design. For us, it’s most interesting when the ornamental element is the focus of the frame, not just an embellishment. We have used both egg and dart and guilloche borders in this way.

The guilloche is an ancient ornamental border that was often used in Greek and Roman architecture; it has shown up again and again ever since. It’s the only one of the most common border ornaments—such as egg and dart, bead and reel, ribbon and stave—for which we have no name in English. It can be described as a series of two ribbons or bands winding around a series of central points, which are often left blank. 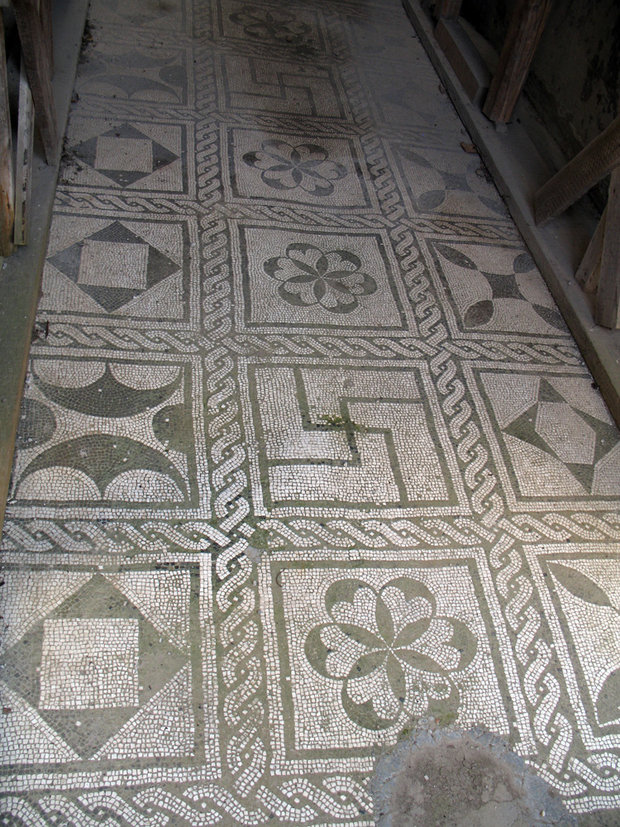 Guilloche border I recently photographed at Herculaneum, south of Naples. 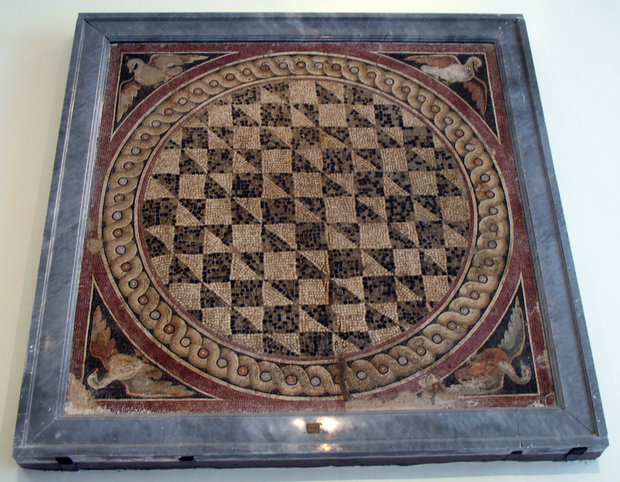 Guilloche border that is part of a mosaic taken from Herculaneum and now in the Museo Archeologico Nazionale di Napoli in Naples.

In Rome during the 12th and 13 centuries, a remarkable group of artisans known now as the Cosmati created numerous richly ornamented floors utilizing the guilloche. A few years ago I photographed a number of Cosmatesque floors in Roman churches, but my camera was stolen, so the only pictures we have to show are these: 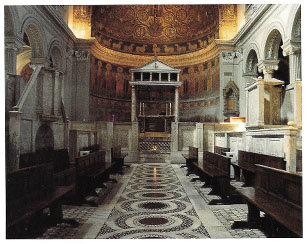 The interior of San Clemente, Rome. 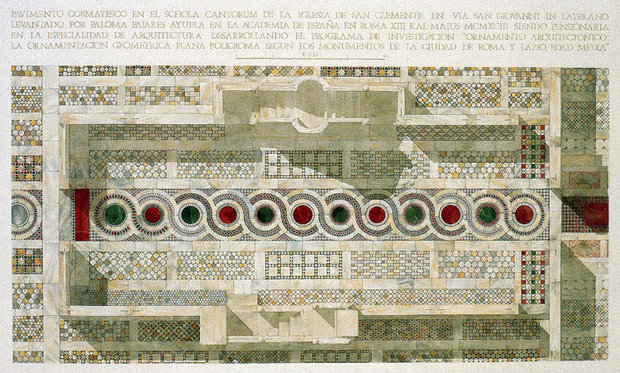 The marble, porphyry and serpentine that were cut by the Cosmati into tesserae had been salvaged from the ruins of classical Roman buildings, destroyed during Barbarian invasions. The central circles were sliced from columns, salami-style, as seen below. 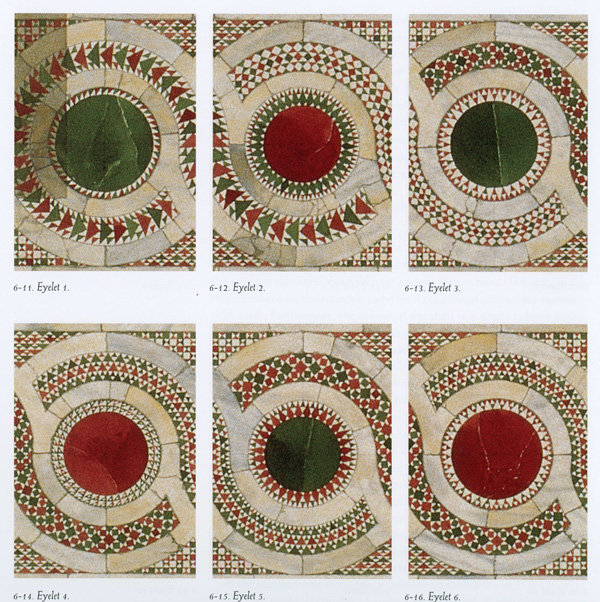 The guilloche has often been used in frame border, as seen below.

We like to reverse the conventional use of classical ornament. Rather than ranking rows of ornament, we prefer to use just one, enlarging it so the ornament becomes the dominant element. That’s the case with this guilloche frame that Caleb Bark carved and gilded around 2005, below. 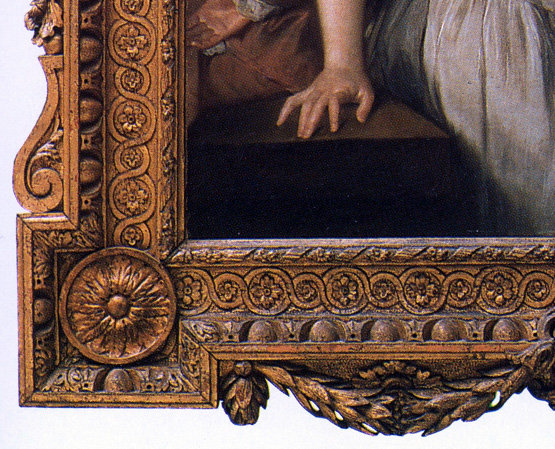