The Cardinal Rules of Framing, ArtSpace.com

The Cardinal Rules of Framing, ArtSpace.com

What are the most important issues when framing a work of art? We asked master framer Jed Bark, of Bark Frameworks, and the celebrated abstract artist James Siena (who also happens to be a former employee of the company.)

Bark Frameworks, founded in 1969, is now located in the former main storage facility of Christie’s in Long Island City. Walking through it is akin to walking through the framing version of Willy Wonka’s Chocolate Factory, with room after specialized room. In addition to crafting frames themselves, Bark and his sizable staff maintain an archive of 20th-century examples and often consult with institutions like the Metropolitan Museum of Art as well as heavy-hitting galleries like Gagosian and Pace. Visit any major museum in the United States or abroad, and you’re likely to see his handiwork (recently, for instance, the Yale University Art Gallery entrusted him with van Gogh’s The Night Café.)

View our case study on framing Siena’s exhibition at Pace Gallery (cited in this article). 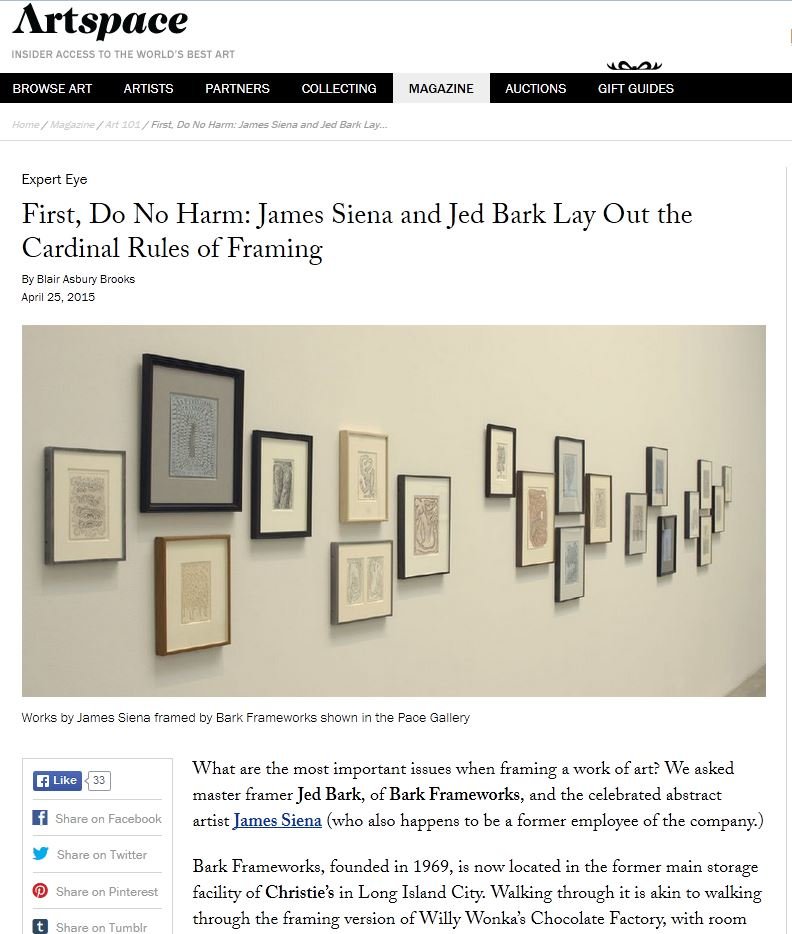