“I develop detailed framing specifications, including materials and construction and every detail is important. I want the frame to disappear; but good framing can help unify an exhibition or focus attention. For almost 30 years I have worked exclusively with Bark Frameworks and, in that time, they have earned my confidence and respect. Jed and his staff consistently deliver quality, accuracy, and precision.” 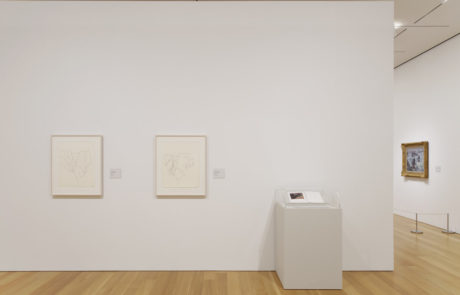 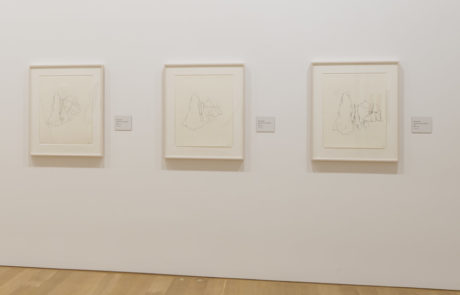 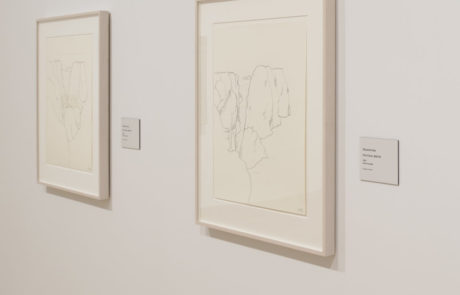 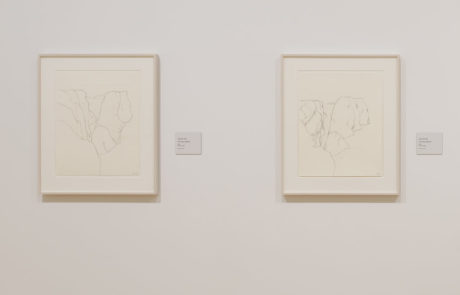 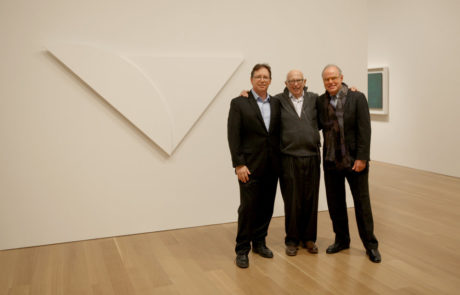 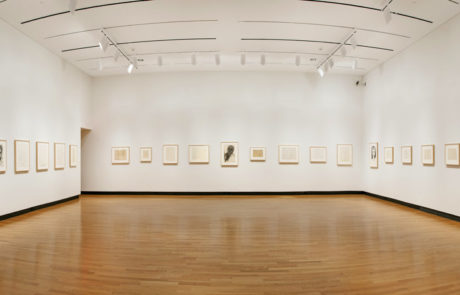 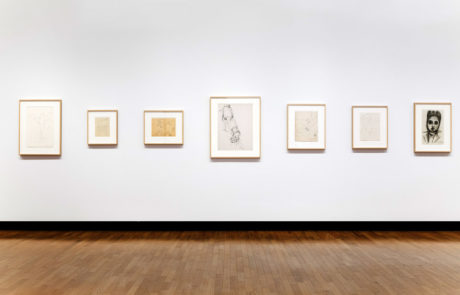 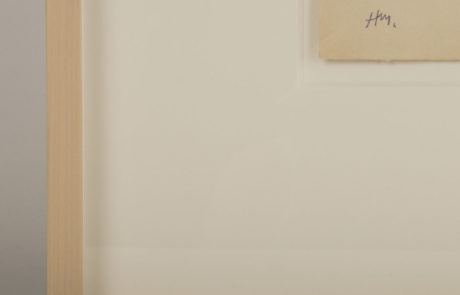 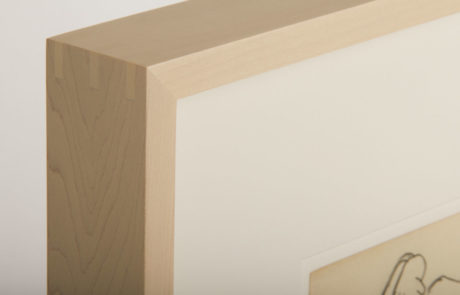 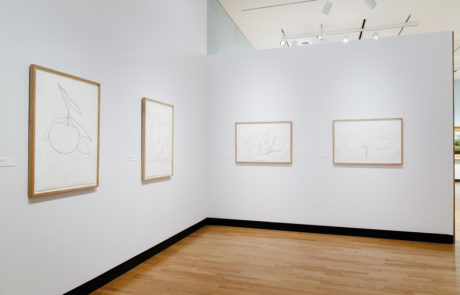 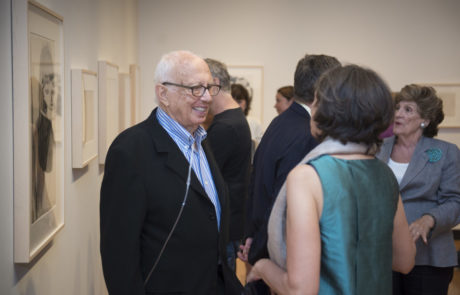 Ellsworth Kelly’s visit to Giverny in 1952, long before it became a pilgrimage site, has taken on special significance since right after viewing Monet’s huge water lily canvases, Kelly painted “Tableau Vert,” his first monochromatic painting. Kelly had been living in France since 1948 and had already spent time on Belle-Île—the first of three visits he made to the island where Monet painted some of his most expressive landscapes. Eleven paintings of  Belle-Île—nine by Monet and two by Kelly, were hung in The Clark exhibition as well as 19 landscape drawings done by Kelly, some from each of his visits. This show was the first time the landscape drawings were exhibited in public.

Kelly selected and installed all the works in the show and Bark Frameworks framed the drawings to Kelly’s specifications. In this instance, as is usual in framing for Kelly, we were given clear directions from his studio for the framing. The materials are almost always consistent, but the details often vary. Having collaborated for decades with Ellsworth Kelly and his studio on his frame designs, we were well-attuned to the process. The Kelly studio keeps records of framing specifications (as do we) so reference to frames done years ago is common.

We framed the drawings in “Monet/Kelly” in hard maple with a pale finish, which was applied by hand, then immediately wiped off while still wet, leaving a translucent film on the close-grained maple. The works were presented in their frames with the whole sheet exposed, surrounded by a window mat. In all respects the frames were simple and spare, and the details adroitly balanced and precise; that’s the essence of a Kelly frame.

Kelly selected 45 drawings from the collection of the Pierre and Tana Matisse Foundation for this exhibition. The works exhibited spanned five decades of Matisse’s career, from 1900 to 1950.

Pulitzer Prize-winning critic Sebastian Smee, in the Boston Globe, called this a “ravishing show.” Of the Matisse drawings he noted: “Many have only rarely been seen in public. Quite a few are mere sketches or studies. Prior to this show, some had not even been framed.”

Smee was deeply impressed with Kelly’s curatorship: “Kelly…was given total control of the choice and presentation of the works. He has done the whole thing beautifully…Kelly had a 6-foot scale model of the Mount Holyoke gallery installed in his own studio so that he could plan the hang. The drawings have been evenly spaced in a single row, with larger or darker works carefully placed to punctuate the hang at appropriate intervals. At Kelly’s urging, all the works have been freshly mounted with identical mats, so that each picture retains the integrity of its original scale. They have also been given blond wood frames.”

The frames Bark designed for “Matisse” were similar in form and presentation to the frames we make for Kelly’s own work, though the details varied. The framed works can be seen in the accompanying slide show.

In a separate exhibition at Mount Holyoke, held at the same time as the Matisse show, were nine large lithographs by Ellsworth Kelly that we had previously framed for him. They depicted plant forms: flowers, fruits and leaves: “Scintillating works,” in the words of Smee.