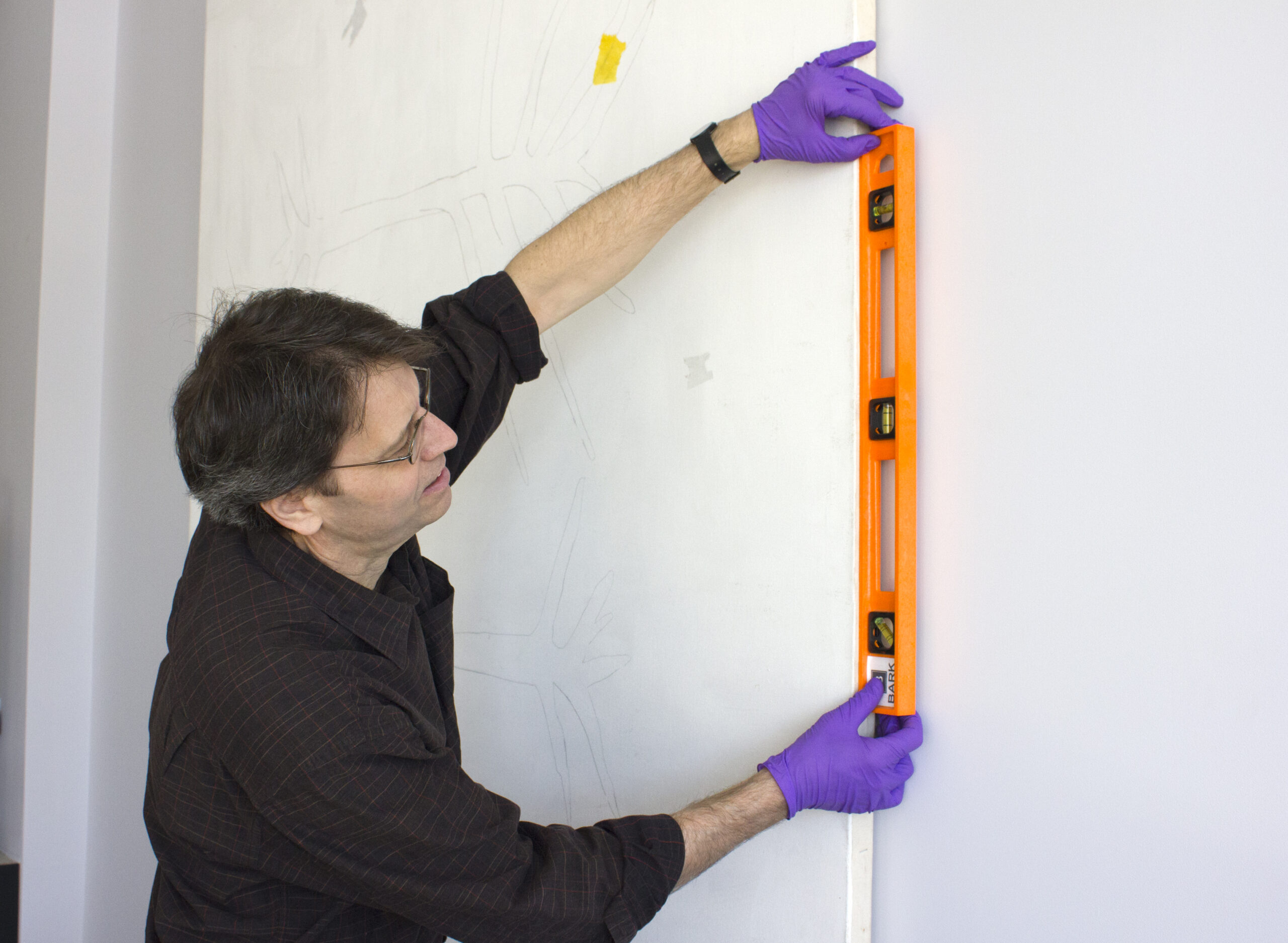 Number of years working at Bark: about six years

Hails from: I am from Johnstown, Pennsylvania, a small town near Pittsburgh.

Tell us a bit about your background, and how you found yourself in NYC/the arts:

I moved to NYC right after high school to go to the art school at The Cooper Union, in the heart of the East Village. It was in the late 1970s so it was a big culture shock, but it was also very exciting. The East Village was very different than it is now — more dangerous and edgy, but cool, and there were very affordable rents! As a result, there were a lot of artists and musicians living right in the neighborhood, and a lot of venues for live music and art exhibitions and performances.

It was a very vibrant place to be as a young artist, right in the heart of everything.

I lived right near the original CBGB’s. I missed the Talking Heads performing there by a year or so, but saw a lot of great bands there and eventually played there a few times with my own band. At one point, my brother was visiting, and we saw a band there that we liked, and only later realized that we had seen Sonic Youth perform in a small venue just before they had become really famous.

What did you do for work before you worked at Bark Frameworks?

I came to Bark with more than three decades of experience in the NYC gallery and museum world. I worked at a gallery on the Upper East Side for many years, where I did all of the art installation, managed shipping, crating, and photography, and then worked as the Registrar.

My experience in installing artwork for private collectors and in collaboration with Museum Curators for major exhibitions instilled a sense of best practices and decorum that I follow professionally to this day.

Earlier in my career, I did decorative painting with fellow graduates of The Cooper Union. We did decorative finishes, tromp l’oeil, and mural painting in homes and businesses. 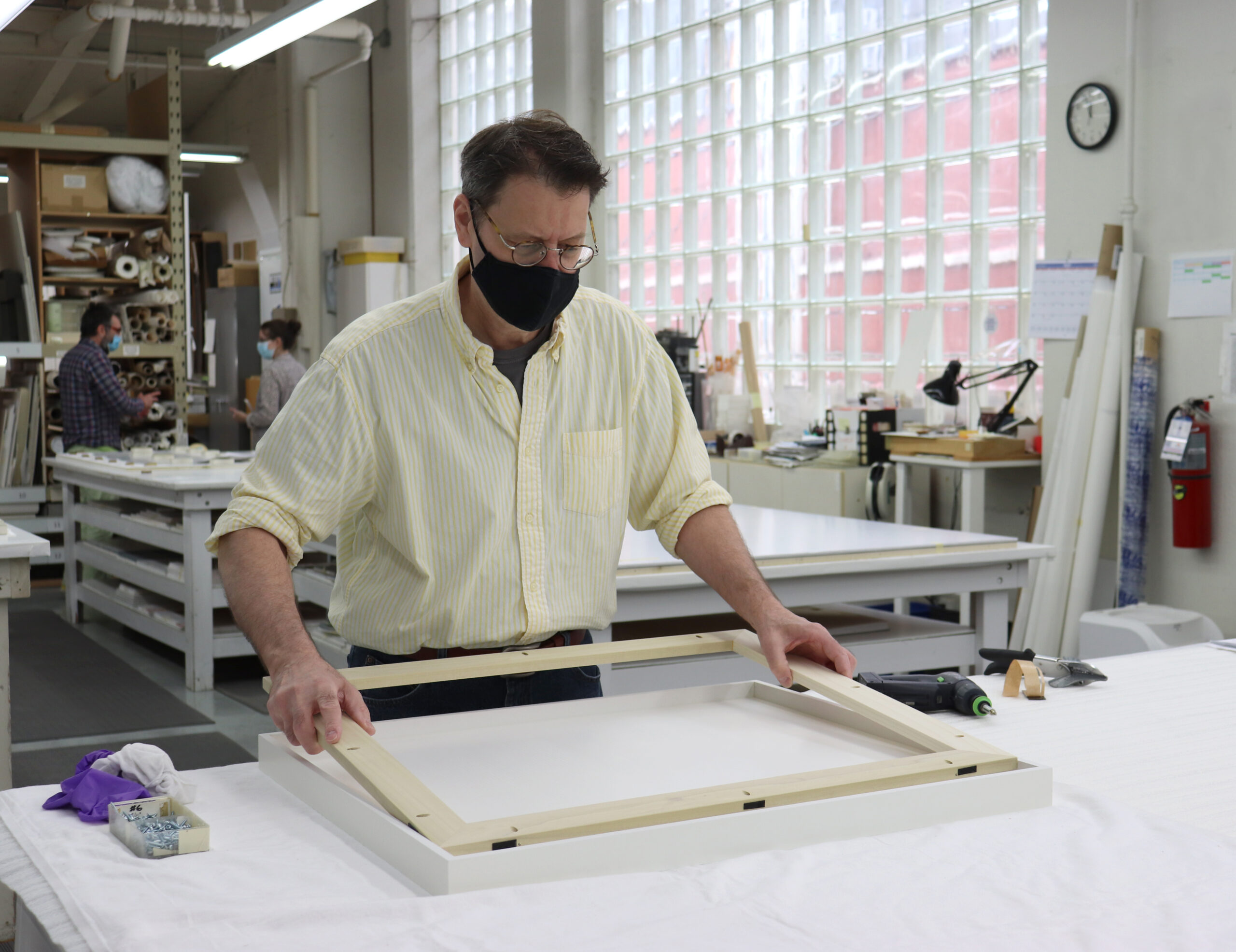 Chris Ream fits a strainer into the back of a frame in our Art Preservation dept.

What is the biggest challenge in your area of work at Bark?

What do you like best about working at Bark?

My co-workers. They are a very dedicated, talented group of people. It’s a very cooperative atmosphere. In some ways, it reminds me of the environment at Cooper Union. It is a similarly positive group of very talented, creative people. Also, the variety of the artwork that comes through is always amazing- things are never boring at Bark!

Name a particularly memorable framing job you worked on:

The Torild Stray work we framed and installed at the 9/11 Memorial Museum was very memorable. I went to the Museum after hours with [former Bark designer] Paul Jordan to measure for installation and install the cleats for the artwork. We collaborated with another company to hang the work- the framed piece was so heavy that it took a large team to bring it into the building and install it. It looked amazing when the job was finished. I believe that’s a permanent installation at the Museum. 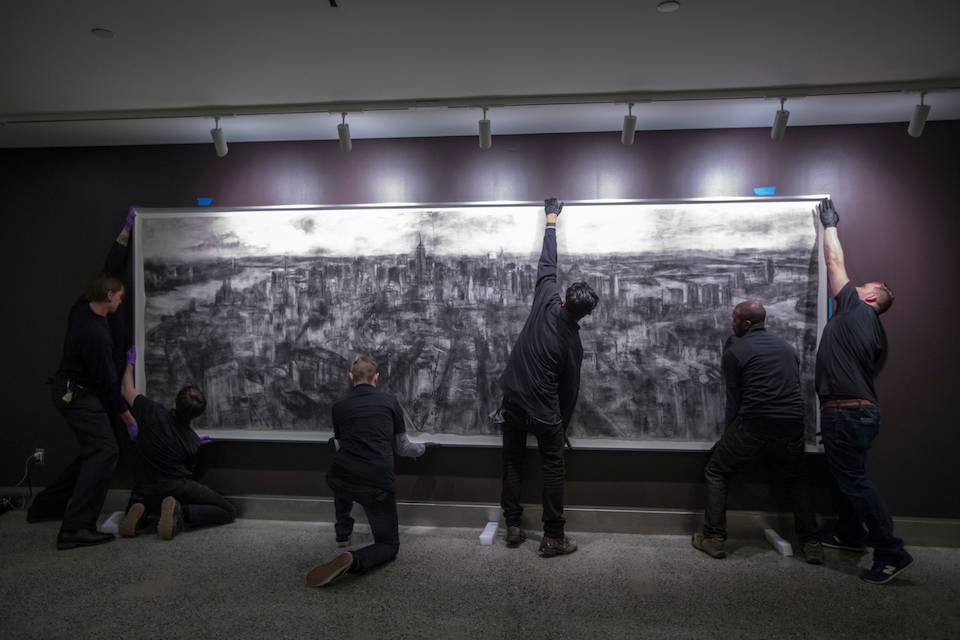 Torild Stray’s “New York Metamorphosis” being installed at the 9/11 Memorial and Museum in lower Manhattan. Chris Ream, along with art handlers from Crozier, prepped the lobby wall with aluminum cleats for installation.

How has your life in- and outside of work changed as a result of the recent pandemic?

Well, there’s a lot less traveling, but there’s a lot more time for reading, doing artwork, and playing music. There’s a great book I read- Bill Bryson’s “A Short History of Nearly Everything” — that was great to delve into. It really is what the title promises!

What does being an employee owner mean to you?

I think that it gives everyone here a sense of having a voice. I also feel that it contributes to the cooperative work atmosphere.

Any outside hobbies/interests you have when you’re not making frames?

I am an artist — mostly a painter. I also enjoy playing guitar and riding my bicycle around the city — not at the same time though! There are bike paths along the waterfront around most of Manhattan. You can ride from East 34th down to Battery Park, and then up along the West Side all the way to the George Washington Bridge and beyond.

(See an image of Chris’ artwork below). 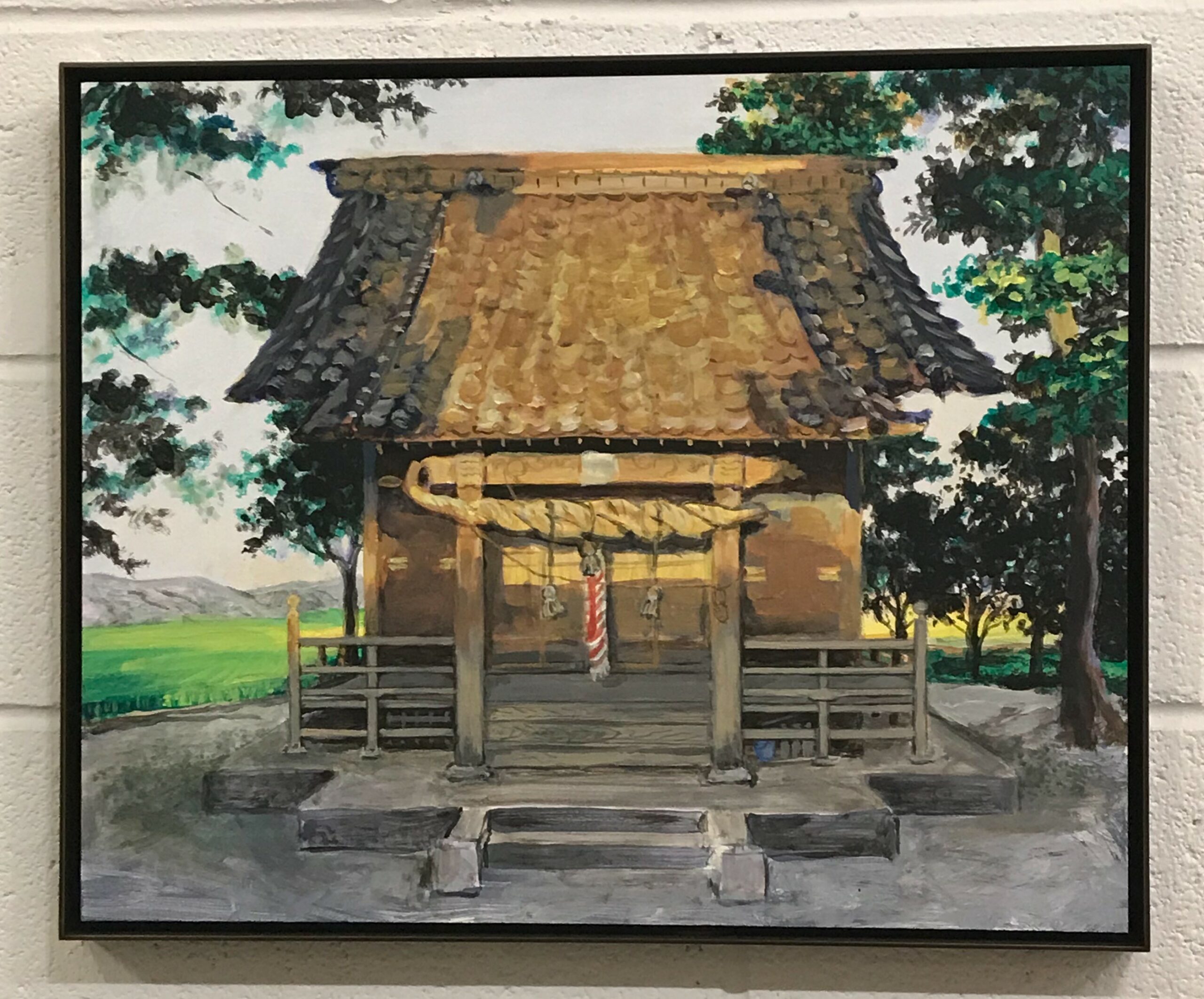