All of us at Bark Frameworks hold a high standard for our work. We are committed to the preservation of the works of art we frame and to the highest levels of craftsmanship and design. We are proud to have colleagues here with extraordinary proficiencies in the fields of art preservation, wood and metal working, gilding, finishing, and design. Our registration and administration staff members seek to assure that your interaction with us is efficient and enjoyable. 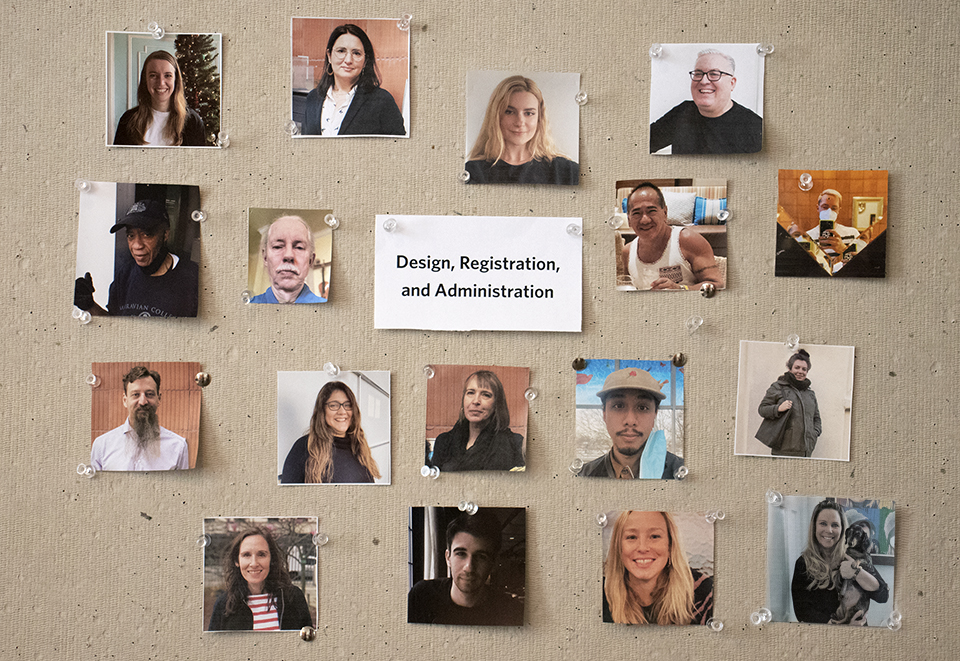 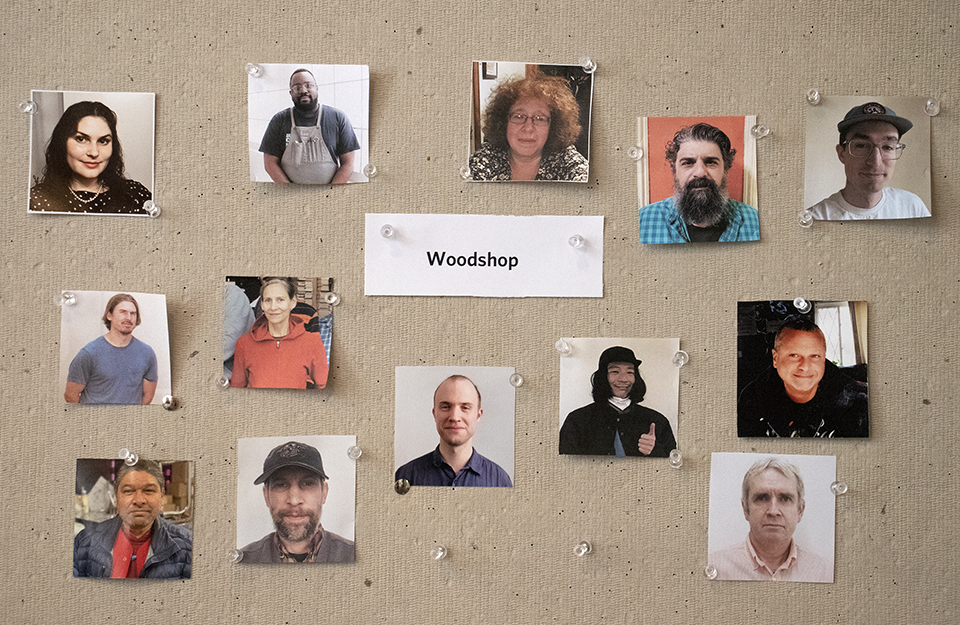 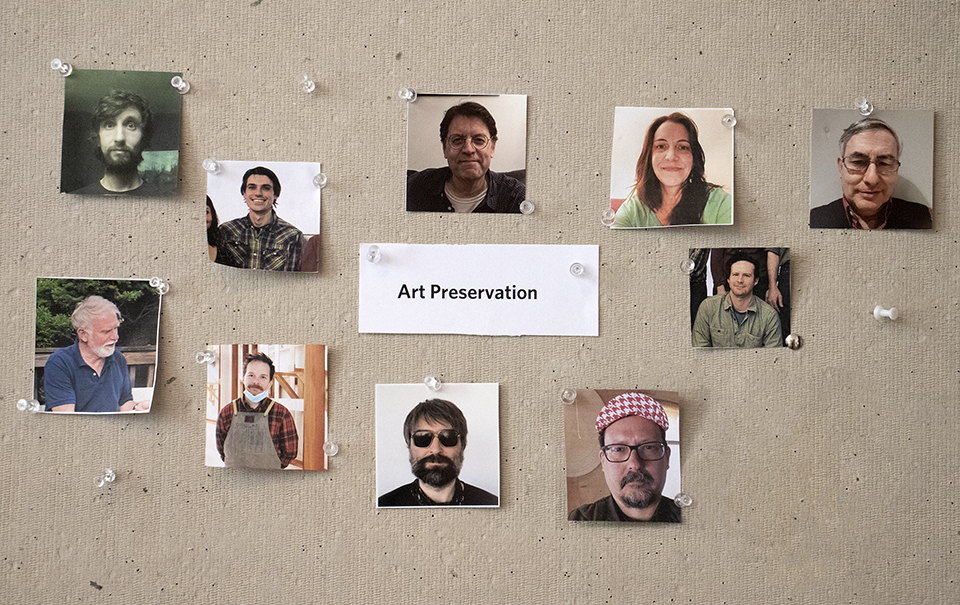 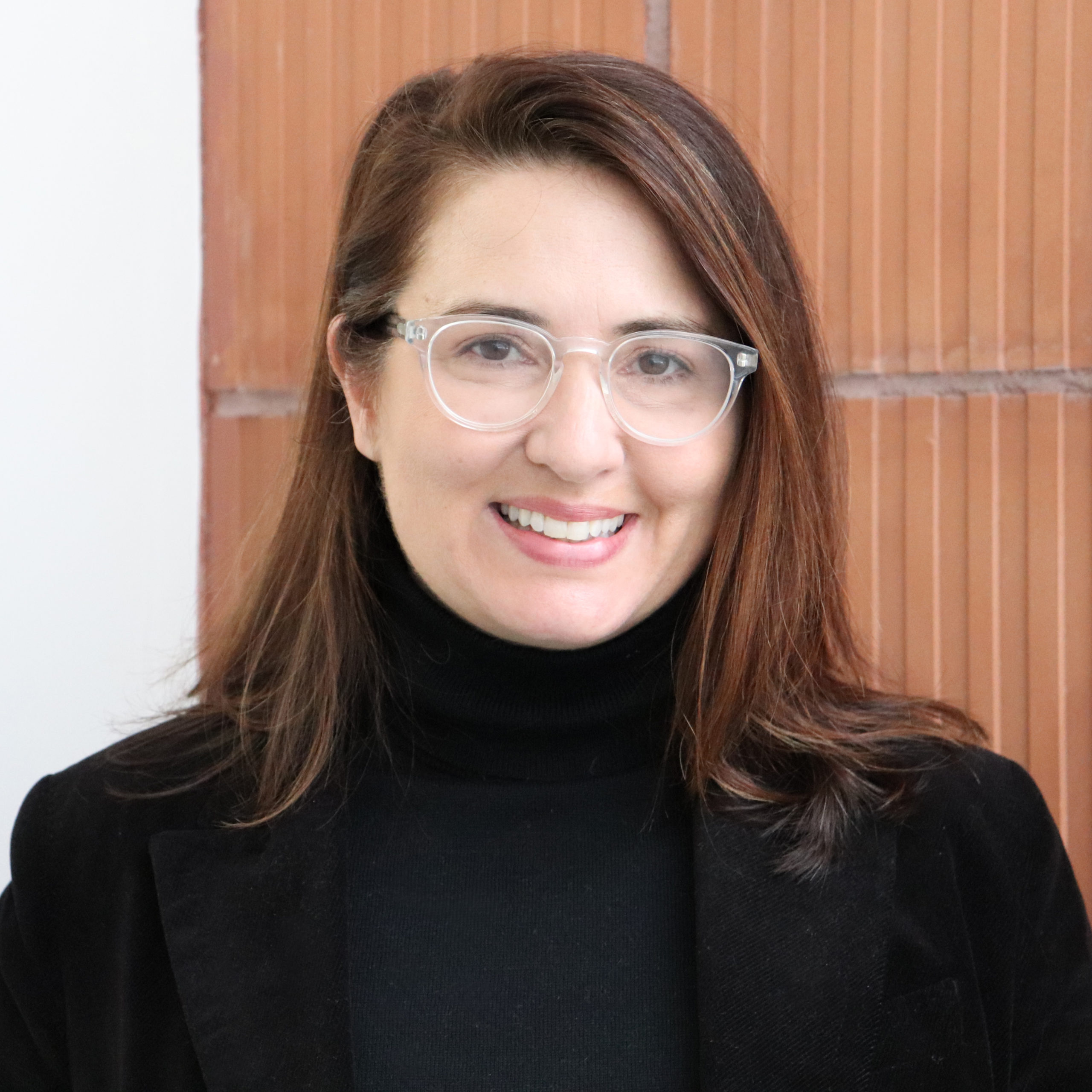 Susan Fisher, Bark Frameworks’ President and CEO, loves collaborating with artists, museums, designers, and collectors to design frames that continue the tradition of excellence for which Bark is known.

Susan comes to Bark Frameworks from the Brooklyn Museum of Art, where she was Director of Collections and Curatorial Affairs and led the curatorial, conservation, collections, and registration teams. Prior to that, Susan served as the Executive Director of the Renee & Chaim Gross Foundation in Greenwich Village, where her stewardship of artist Chaim Gross’s modern American art collection included research on original artists’ frames.

Susan holds a B.A from Oberlin College, and an M.A. and Ph.D. from Yale University. She lives with her husband, two kids, and their dog, Rip. 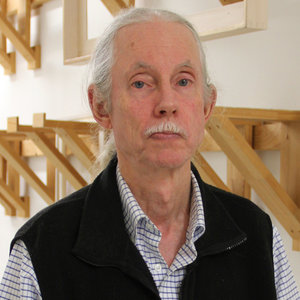 Karl Thorndike is the CFO of Bark Frameworks. Prior to this, he was the company’s CEO, from 2017 – 2020. Before that, Karl was the VP of Operations at Bark for many years.

Karl has led the operations side of several specialized manufacturing businesses. He has also been involved with the startups of two software technology firms.

A life-long woodworker, he has been making violins for the past decade. 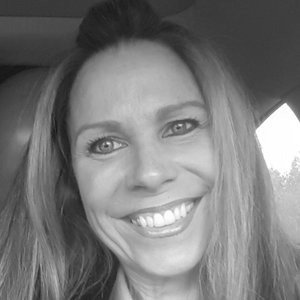 Brenda, our Shop Manager, joined Bark Frameworks in 2005, with thirty years of framing experience. She possesses expert level skills in sanding, matting, glazing, fitting, and hand- and spray-finishing frames. In addition, Brenda has past work experience in both sales and management. 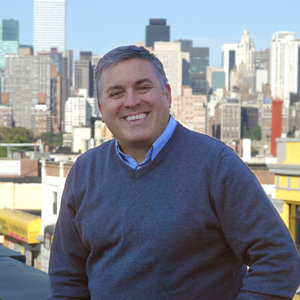 Kevin, our Office Manager and Safety Officer, is a transplant from America’s heartland. He has been with Bark Frameworks since 2001. He came to NYC with a BA in Communication and Theater Arts from Emporia State University. An amateur photographer, he is always trying to capture the moment. His motto is “a good sense of humor will get you through the day.” 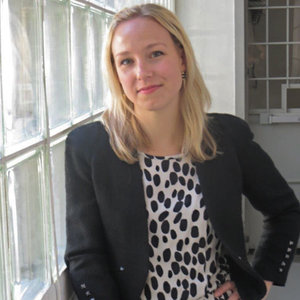 Jennifer brings a more than 15 years of experience working in arts and luxury to her position at Bark. As the Director of Human Resources, Jennifer handles hiring and benefits, and works with the CEO and staff to make Bark an exceptional workplace for employee owners. Jennifer is also responsible for Marketing, including social media, e-newsletters, and web content. Jennifer holds a BA in Art History from Vassar College. In her free time, she enjoys photography, dance, yoga, and travel. 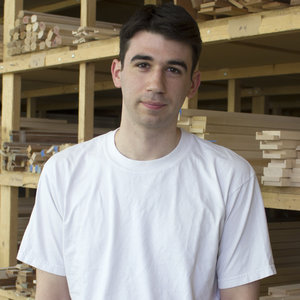 Art Services Specialist Sean Brady joined the Bark team in Spring 2019 to manage the company’s crating, installation, and storage offerings. Sean received a BA in psychology from the Catholic University of America. After working in manufacturing and carpentry, Sean shifted to the art world to learn how to design, build, and pack custom crates. He also has extensive experience with installation and art handling. Sean is an oil painter and photographer whose work explores the subconscious through surrealism. 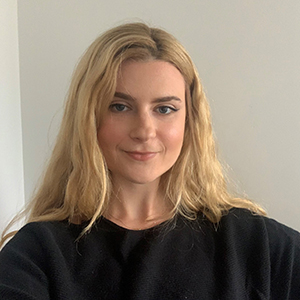 Liz came to Bark in 2021, working as an Admin and Registration Assistant. She moved into the role of Registrar in Fall 2022. Liz manages all incoming and outgoing artworks with clients, while coordinating with our production and design teams. She brings cataloging skills from her role at Polich Tallix Fine Art Foundry, and has a specialty in client services from past experience with museums and galleries. Liz received a BA in Art History from SUNY New Paltz. She is a film fanatic and is always watching the latest movies out in theaters. 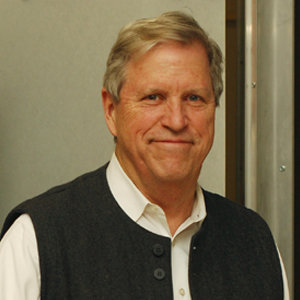 Jared Bark is the founder of Bark Frameworks, and works with the company on special projects.

He began designing and making frames for fellow artists in his SoHo loft in 1969, three years after graduating from Stanford University. From early on he focused on using the best materials and techniques for preserving art, and received essential support in this pursuit from artists, museums and conservators in NYC and elsewhere. He has been an Associate member of the American Institute for Conservation since 1979. Bark has lectured and led seminars on preservation framing and frame design at Columbia University, New York University, Bard College, Sotheby’s and Phillips de Pury. He lectures regularly in Christie’s Master’s Program on Impressionist and modern frame design.

Bark joined Holly Solomon Gallery when it opened in 1975 and exhibited there regularly until the mid-1980’s, when he shifted his full-time focus to Bark Frameworks. His works are in the collections of The Metropolitan Museum of Art, The Whitney Museum of American Art, and the Centre Pompidou, among others. Bark’s work was recently shown in the exhibition “Rituals of Rented Island” at the Whitney Museum of American Art (2014) and at Paris Photo (2016). An individual exhibition of his work, “Jared Bark: Photobooth Works, 1969-1976,” took place at Southfirst Gallery in 2015. 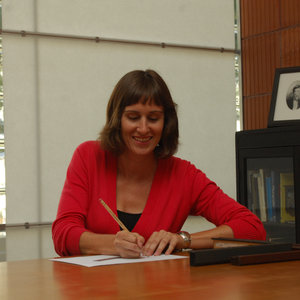 Since joining Bark Frameworks in 2001, Amy has designed frames for a wide range of projects, including large scale museum and gallery exhibitions as well as numerous private and corporate collections.

Amy is a painter who also concentrates on drawing and printmaking. She received her BFA from The Ohio State University and her MFA from the University of Florida, where she taught painting and drawing to undergraduates.

Her professional background is diverse, including positions in the libraries at Ohio State as well as a stint as a sociology research assistant. Amy’s experience in these fields has proven valuable in her design practice. 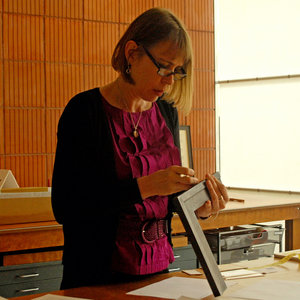 Christine brings many years of experience in the art field to her work as a designer at Bark Frameworks. She has been a museum production manager, university professor and gallery director, as well as a framer and designer. She received a Guggenheim Fellowship in 2001 and a Joan Mitchell Foundation grant in 2009 for her painting. 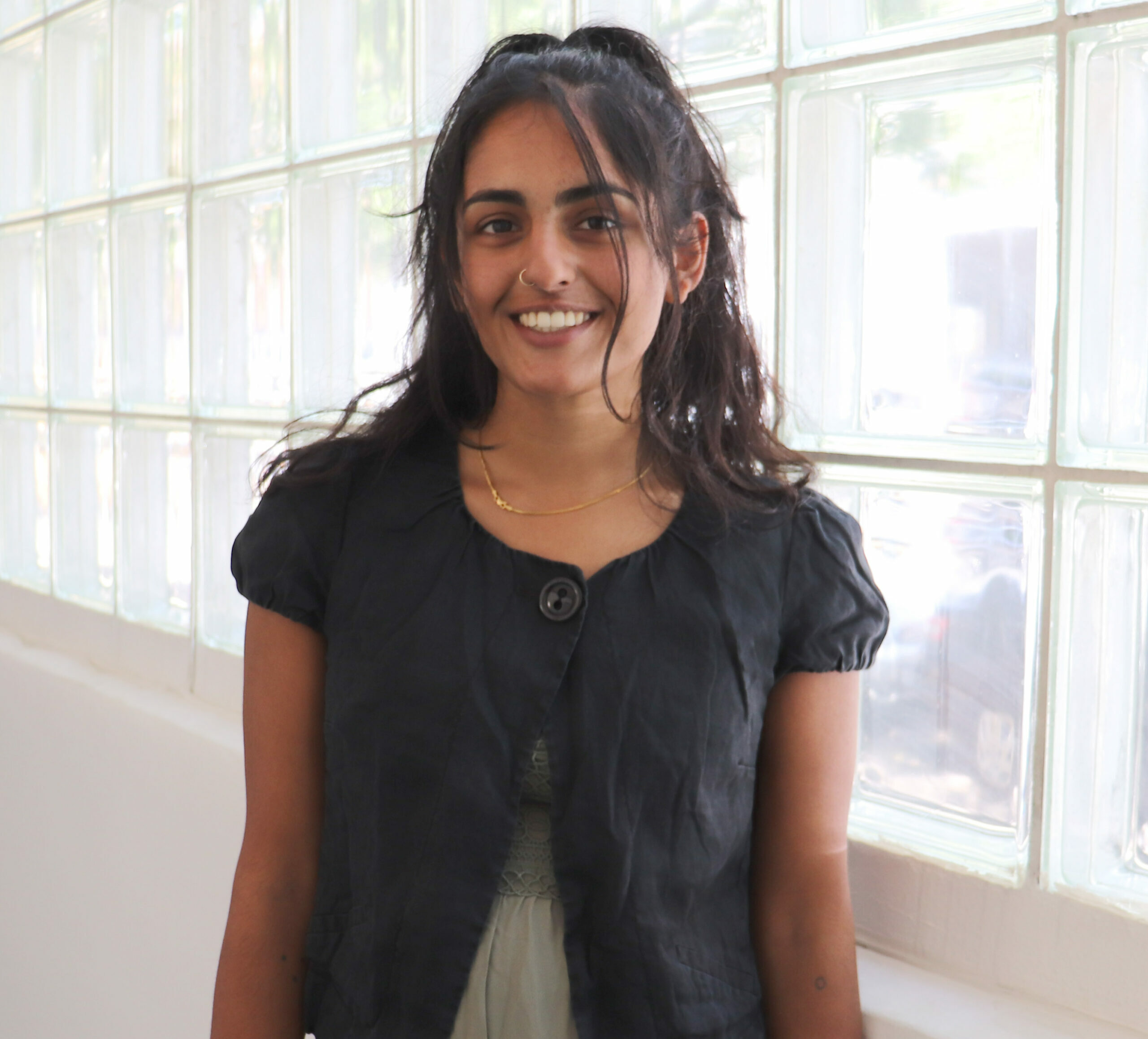 Shreya Patel is an interdisciplinary artist and designer, with a strong background in frame design. She has designed for a number of distinguished individuals, galleries, and interior firms in New York — both in contemporary and period-based aesthetics. Shreya graduated from the University of Michigan with a BFA and a minor in Art History. In her free time, she enjoys reading, spending time outdoors, and trying new foods. 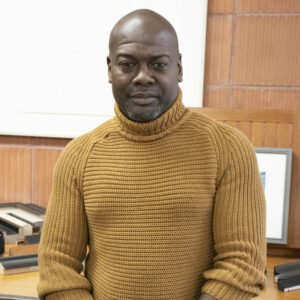 Garry Grant arrives at Bark Frameworks with a wealth of experience in frame production, antique frame restoration, client services, collection management, art handling, logistics, and design. A practicing artist himself, Garry has worked with collectors and art world insiders in NYC and beyond. Originally from Michigan, Garry studied graphic design and graphic communications at the College for Creative Studies in Detroit.